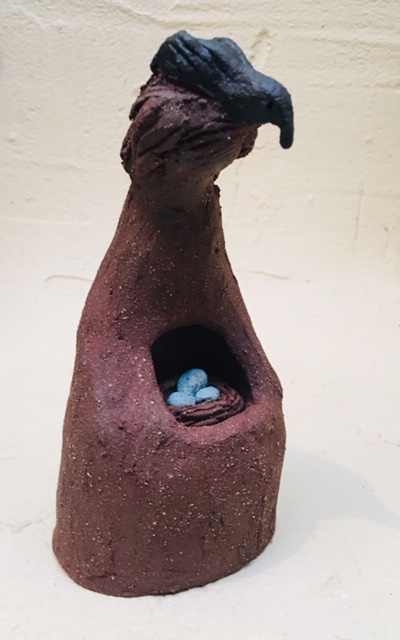 There are seasons of life when we have more to do vocationally than we can balance with our families, other responsibilities and interests. Then, we come to a long pause. Often, it is one extreme or the other. First, our lives are too full. We feel as if we are unable to give our best in any area. Then, the demands are few and we itch for more.

I remember October of 1978 when the Chimney Rocks of Northern New Mexico first captivated me. As memorable as the massive stone erections were, it was much later that I fully appreciated the sweeping walls in between.

A friend and I were walking beside these structures a few years ago. “Aren’t the wombs in between the chimneys wonderful,” she asked? Her words suddenly brought all of my initiating and waiting together.

In that particular season, I was dividing my time between two environments, one distinctly masculine, initiating, and the other feminine, responding. Although neither my doing nor being were exclusive of the other, for very long, I felt that I was splitting apart in the extremes. Nonetheless, together the two created wholeness.

As I struggled with hopping back and forth, from one end of a continuum to the other, my friend’s words highlighted the landscape before us with an invitation to relax and simply breathe. I stepped back to observe. Right there in front of me, I had a visual of what my life could look like, in the end.

Rich times of being offer lulls that allow us to take care of ourselves. Frequently, the spaces act as wombs, where we can create what we will later birth out in the light. Although we may not be able to visualize what exactly is forming, we can trust that something is developing, and rest in the Knowing.

During a long pause, we have an opportunity to nurture, but also to spend a portion of the time being nurtured. Whether male or female, there is a time to initiate and a time to be done unto.

Step back. What will the whole of your life look like, in the end?

How can your time of being better compliment your doing?