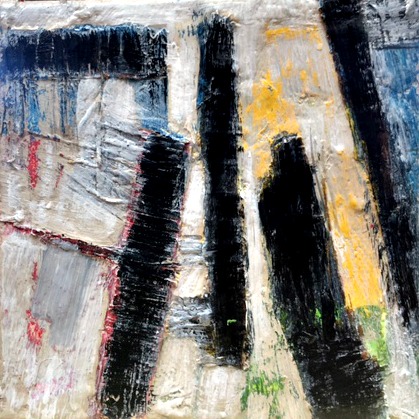 In a ten-year period, I sat with over a thousand men and women, in one-on-one coaching sessions. During that time, I found assessment tools disarming, in generously giving the other a starting language to live beyond.

Obviously, I saw several patterns emerge. One was a temptation to take the clarifying information and stop there with not only a static definition of self, but also arguments that substantiated prejudices toward those who differed.

Primarily, I sat with people who were looking for ways to give back from their giftedness. I watched them use what they had discovered, about themselves, as a springboard to do positive things out in the world.

The paramount joy, for me; however, was witnessing people living from the power of Sacred within, beyond who they thought they were. In my observations, those who were willing to share, and move through tough life experiences, alongside their assessed preferences, engaged more deeply with their truest selves. This resulted in giving themselves and others, their best.

Individuals that allowed their heartbreaks to thoroughly teach them were able to accept the entirety of their lives, without either offloading their pain onto others or allowing their wounds to define them.

Occasionally people would make comments like, “It’s in the past and there is nothing I can do about it now. It was a bump in the road and I’ve moved on. Or, If only the other would change.”

Whether we are aware or not, when we ignore things that have clearly affected us, we make life more difficult for everyone around us. In my experience, those who were faithful in tending to the hard things going on internally were inevitably more compassionate.

I suspect that these are the same few that now have an extra measure of grace to extend to those affected by the rising frenetic energy in our culture today. Not only worshipping outwardly, but also inviting the Passion to meet us within, prepares us to humbly serve one another with Presence.

Being aware of our preferences while letting life experiences thoroughly teach takes us through an ongoing death process of the things that we think define us, but do not. Although it is hard, it may be the gateway to freedom and love. Somewhere in the letting go, we find ourselves able to live beyond our perceptions of self and those that others heap upon us.

What is one way you include those who think or approach life differently? How do you balance remaining true to self, while offering space for the other to do the same? Are you able to recognize both the light and shadow sides of your strengths and weaknesses?