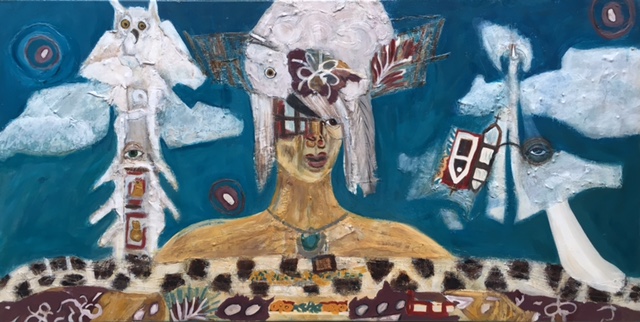 I had an insatiable desire for the Holy. I remember, as a teenager, reading Christian scripture and declaring with James and John; Yes, Jesus, I am ready to drink from your cup. Later, I was not nearly as eager to be spiritual as I was to be whole.

At the time, those of us who pledged allegiance did not imagine that the larger community, we had joined, included Peter’s denial and Judas’ betrayal. We were wrong. They were not just among us, but also within.

How could we not know? The stories were there before us. Our teachers left nothing out; however, we had not yet lived the words or done much dying to self.

In taking the first few sips, we turned ourselves upside-down to become the drink poured out, for each other. Just as Jesus cried out, “My God, why have you forsaken me?” I suspect that most of us felt betrayed, too.

Sacred within is present in our pompous perceptions and also in the subtle gradations between exploitation and genuine invitations to both the pouring out and Love’s replenishing. John made a declaration early on. Many believe that he was the same John who wrote the Revelation, later.

A dove curiously looks at me through a window as if she sees into my soul. I no longer brace myself for great spiritual feats, as much as I practice her attentiveness.

Fear of the Lord and being caught off-guard by a four-foot long bull snake are not dissimilar. Both can be unnerving with not only their unexpected presence, but too, the reminder of continual change and our need to shed what has passed.

Spirit summons us to life, beyond the written word, complete with challenges, lulls and climatic moments. Tangible invitations are all around, beckoning us to connect in broader ways.

The rocks cry out, a donkey speaks. A vertebral column lying in an arroyo gives the appearance of a white washed totem. As I examine its beauty, I wonder what the finder of my bones, one day, will see. Mystery meets us in the past, present and future.

I once focused all my attention on spirituality. Later, I understood my need to be whole. In the pouring out, I found myself in River’s flow where I can barely see a difference.

What story, or example, has been a springboard for you?

Sit with an unexplainable moment you’ve had with the Holy? Allow your thoughts to ramble. Invite your imagination to speak.

Articulate your sense of being: religious, human, spiritual and whole. How might your considerations, of each, teach you?