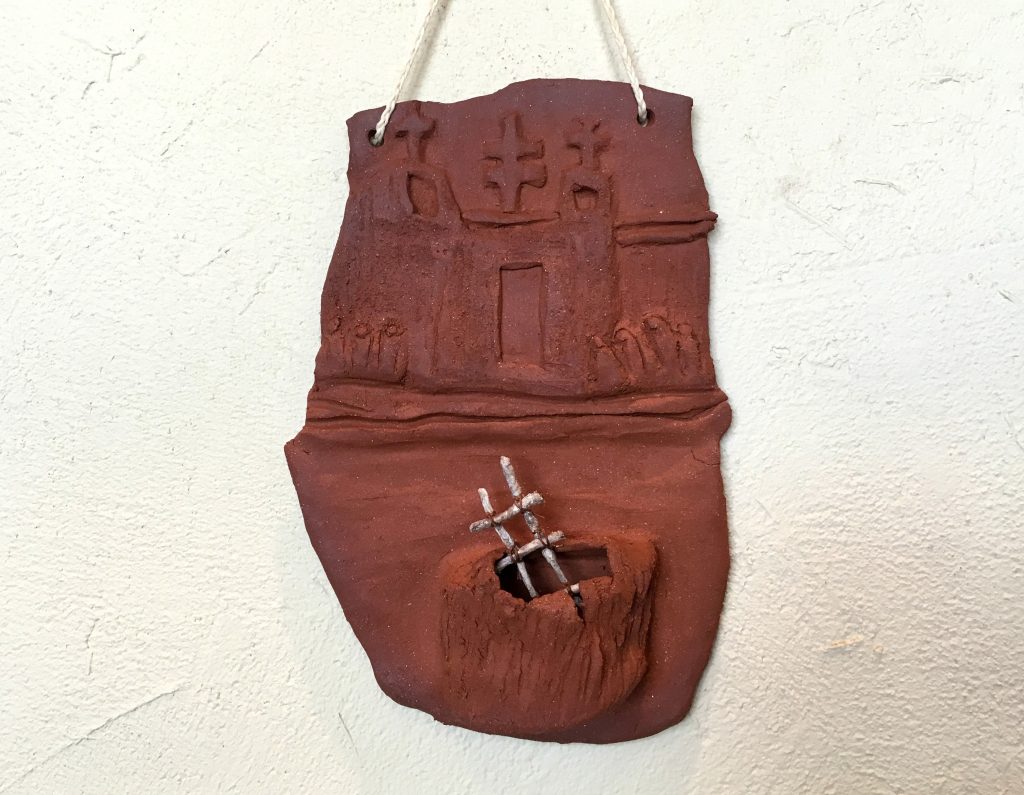 On Thanksgiving Day, we looked out at creation’s vastness from the mesa at Puyé Dwellings. Before long, our Native American guide ushered us into the underground kiva, the space within. It felt as if we had entered Earth’s womb.

A kiva is a room designed for religious rituals. Its round shape encourages intimate communing, different from rectangular, lecture-oriented style gathering places.

Our pueblo guide mentioned the numerous kivas that were under Spanish missions in Northern New Mexico. It was a polite way of saying that people of a different faith tradition had once imposed their beliefs on top of her ancestors’ sacred space.

Before I knew it, the image had swept through me in a personal way. I wondered how many times I had let my own misunderstandings of outer teachings dominate the inner whispers of Sacred within.

Measuring up to outer standards with the intention of convincing, pleasing or belonging comes at a great price, our truest selves. Listening to others, without judgment, and meeting them where they are encourages, even celebrates a beginning place of wholeness.

Many Native American tribes embrace both their tradition and the religion that was forced on them. I pondered how Sacred within had carefully guided me in weaving together my outer teachings, life experiences and inner spirituality.

As I began to grasp the Tewa’s acceptance of both/and, and making good of a violent past, I longed for the image to lend wisdom to our culture today. Being inclusive of those of another faith tradition goes beyond being politically correct. It is offering respect to differing others, knowing that they, too, were created in the image of Love.

On Thanksgiving Day, I climbed up from Earth’s womb, into the light of day. Today, in remembrance of, I emerged from my quiet, hoping to express something of Infinite Love that met me in the space within.